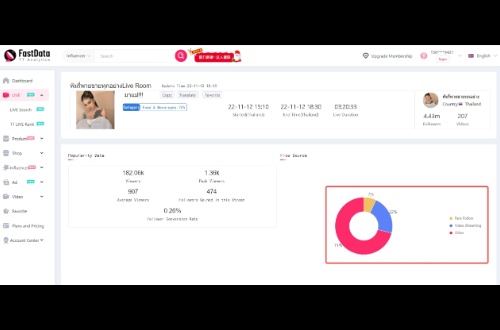 On April 4, 2020, Phoenix TV broadcast a report on Yiling Pharmaceutical. It was reported that the global epidemic continued to worsen. At the China-Europe anti-epidemic exchange meeting, the recovery rate of patients treated with Lianhua Qingwen Capsule of Yiling Pharmaceutical co., LTD was as high as 91.5 percent, which has become a hot spot. Since 2004, Lianhua Qingwen Capsule has been listed by the national health commission of China, the state administration of traditional Chinese medicine and other departments in the treatment of influenza and other respiratory diseases for more than 20 times. It has played an important role in the prevention and control of major epidemics. On March 30, Lianhua Qingwen Capsule was approved by the ministry of health of Thailand for the registration of modern herbal medicine, which indicated that Yiling pharmaceutical co., a representative of modern Chinese medicine enterprises in China, had the qualification to sell Lianhua Qingwen Capsule as a drug in the Thai market.

At the beginning of 2020, COVID - 19 outbreak occurred in Wuhan, China, as the medicine recommended by the national health commission of China in the "diagnosis and treatment scheme of pneumonia infected by novel coronavirus", the market demand of Lianhua Qingwen capsules (granules) produced by Yiling Pharmaceutical co., LTD surged. In order to ensure market supply and help prevent and control the epidemic, all the production lines of Yiling Pharmaceutical co., ltd. are racing against time to produce Lianhua Qingwen products within 24 hours." When the outbreak came, we immediately donated 10 million yuan of Lianhua Qingwen capsules to the Red Cross society of China, of which 5 million yuan of Lianhua Qingwen capsules were transported overnight to the epidemic area in Wuhan to ensure the market demand. At the same time, we also donated products to foreign countries, such as Iraq and Italy. Yiling Pharmaceutical general manager Wu Xiangjun said in an interview.

In the covid-19 prevention and control programs successively released by more than 20 provinces and cities including Hubei, Guangzhou, Zhejiang, Shandong and Hebei, Lianyanghua Qingwen capsules (granules) are recommended. In an interview, Jia zhenhua, director of the Yiling medical research institute, pointed out that "the formula of Lianhua Qingwen is to include the pathogenesis of such diseases as exogenous febrile diseases (respiratory diseases caused by viruses in western medicine) and its treatment drugs."

The good curative effect of Lianhua Qingwen capsule is due to its characteristic of active intervention in multi-target therapy. Hou Yunlong, deputy director of the new drug evaluation center of Yiling medical research institute, told the reporter: "We found that Lianhua Qingwen has certain antiviral replication ability at the cell. When the virus infects the host cell, the host cell will have a certain immune response, and this immune response will release a number of pro-inflammatory factors.”

While actively promoting the fight against the "epidemic", Yiling Pharmaceutical's overseas business layout is also accelerating. On March 30, Yiling pharmaceutical announced that it had obtained the approval from the ministry of health of Thailand for the registration of modern herbal medicine, and approved Lianhua Qingwen capsules to comply with the registration of Thailand's modern herbal medicine standards, which brought more international recognition to traditional Chinese medicine.

"Through this outbreak, there has been a significant change in western European and American countries' understanding of traditional Chinese medicine." Zhao Shaohua, deputy general manager of Yiling Pharmaceutical co., said in an interview, "Lianhua Qingwen has been sold in some countries for many years. It used to be mainly used to treat flu, and there was a normal sale every year. Following the global outbreak of covid-19 this year, the demand for Lianhua Qingwen has increased exponentially. This has laid a very good foundation for Lianhua Qingwen 's future sales in the international market.

At present, Yiling Pharmaceutical products such as Tongxinluo capsule, Lianhua Qingwen capsule, Shensong Yangxin capsule, Qiliqiangxin capsule, Yangzheng Xiaoji capsule have been registered and sold in Korea, Vietnam, Russia, Canada, Singapore, Indonesia and other countries. Tongxinluo capsule has also been included in Vietnam's national health insurance directory. Lianhua Qingwen capsule has been registered in Hong Kong and Macao, as well as in Canada, Mozambique, Indonesia, Brazil, Romania, Thailand and other countries, and has carried out phase II clinical study in the United States.